Alisa is the Guardian of Freedom. She is role-played by Cheryl.

Alisa is the guardian of Freedom and a gift of the wind. She loves the outdoors and hates being alone. She is good at controlling clouds and other things, she has a bond with doves and eagles. Alisa was born by the northern winds. They created her to protect the clouds and animals that fly from darkness. Her friend Dove is named "Ai". Alisa is Greek which means her mother Hemera is also Greek.

Catchphrase: "Spread my wings and fly!"

Alisa can nerd people out by talking about the features of the wind and sky, but other then that she is very nice and very understandable. Alisa is also the kind of person who hates racism and prison, since she loves Freedom and the daytime.

This will stay empty.

Her former name was Penelope and she was reckless before she was a guardian and then got kidnapped by Chaos along with her mom, Hemera, she sacrificed herself for her mother and broke free, making her a guardian. Alisa's power was taught by Zeus; Chaos however, still has Hemera in his cages and plans to kill Alisa. Alisa met other friends while joining the guardians. Her aunt Nyx taught her to become a guardian too. 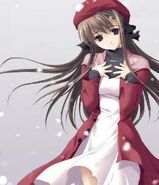 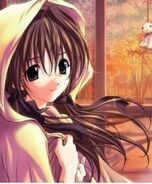 Earthly
Add a photo to this gallery
Retrieved from "https://rise-of-the-guardians-role-play.fandom.com/wiki/Alisa_%C3%A1nemos_th%C3%A1v%CC%B1ma?oldid=183292"
Community content is available under CC-BY-SA unless otherwise noted.