Welcome to the Rise of the Guardians Role Play Wiki

Here you can role play as your favorite Guardians, it can be a Guardian from the movie or a Guardian that you imagine. If you know what character you want to play or you don't know who you want to be, then look at the List of the Guardians page. But before you pick your character, you have to say it to the Admins.

To be a guardian, you have to have your own character's name, what powers he/she possess, what weapons he/she has, and what center he/she has. For more informations about what your character has to have, here are some examples: Valentina Love or Symphony Rose Celeste.

If you want to be a Guardian then look at List of the Guardians, but if someone already has that Guardian, you can tell Valentin girl, and I will place you as a second Guardian.

We have some Rules, so please do follow them.

Characters of the Month

Seer is the Guardian of Vigilance. She is role-played by Orion's Dagger. She is accompanied by translucent green butterflies. Read more...

Madame Megdalene is a powerful witch. She is also the Queen of Five Mythical Races. She is also called the Queen of the Name. She lives in the forest near Venice of Italy. They sometimes call her Madame M or M.M. She is roleplayed by Jona19992. Read more... 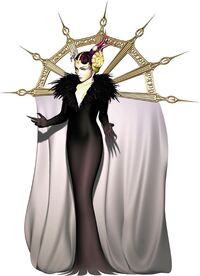 Jasper is Orick the Slayer's nephew. He is role played by Skyebreeze. Read more...

2. You agree to vote on at least 2 or more categories/polls. This way, characters at least have a chance at winning.

3. You will report any rudeness or uncomfortable things you have to the Overseer.

4. You can only vote once per poll. No cheating!

Archive of Characters from Previous Months

Retrieved from "https://rise-of-the-guardians-role-play.fandom.com/wiki/Rise_of_the_Guardians_Role_Play_Wiki?oldid=225225"
Community content is available under CC-BY-SA unless otherwise noted.