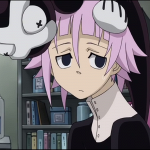 I am a huge fan of Rise of the Guardians and I hope to read the Guardians of Childhood series. I am currently 18 years old. I am definitely an animal lover and I love to go on adventures. I hope to travel the world some day and visit the most wild national parks. I love this website because I can role play as my character, which I have kept secret for a few years, and I can meet other fans of the movie.

The music I listen to says a lot about me, especially the songs in the Spirit: Stallion of the Cimarron soundtrack.

I role play as three human characters: Crystal Aurora Overland, Salem, and Serpentine. I also role play as Shadow the wolf and the amethyst mountain pack, Carnelian the falcon, and Jack Frost (once in a while).

Retrieved from "https://rise-of-the-guardians-role-play.fandom.com/wiki/User:Crystal_Aurora?oldid=222734"
Community content is available under CC-BY-SA unless otherwise noted.