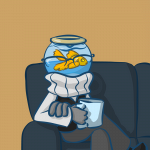 My DeviantArt.  I guess.

Hades- Timothy's pet, they met in Mexico, where Hades was in danger of being eaten by a group of young Colossus Rat's. After being saved Hades was indebted and eventually became an inseparable pair. Being a Shadow Tarantula, Hades' venom is similar to strong caffeine in the way it works. A Shadow Tarantula's webbing is translucent, yet much stronger than reinforced steel. Shadow Tarantulas can also smell the dying from miles away. Also, he's good at playing chess.

The Morrigan - Triplicate Celtic goddess of war, sovereignty, and war frenzy. They are Janus Chance's mother, aunt, and aunt.

Circe - Witch of the Thousand Beasts and Greek Goddess of Magic. She took in Anna Wronski as her protoge who will one day take her title as a goddess of magic.

Tome of Ruin - An ancient tome that holds the names of the last reigning generation of each fallen civilization in Earth’s history. It is currently in the hands of a group of children possessed by some of its spirits.

Black Mist - An unimaginable number of immortal mosquitoes, byproduct of Líf's coming into immortality. If they find a victim, they will suck its blood until it is dry as bones. Its location is difficult to pinpoint, and it is currently not contained.

Fahika - An ancient phantom boar that resides with the brother harpies, Esu and Aetus.

Retrieved from "https://rise-of-the-guardians-role-play.fandom.com/wiki/User:Orion%27s_Dagger?oldid=226281"
Community content is available under CC-BY-SA unless otherwise noted.